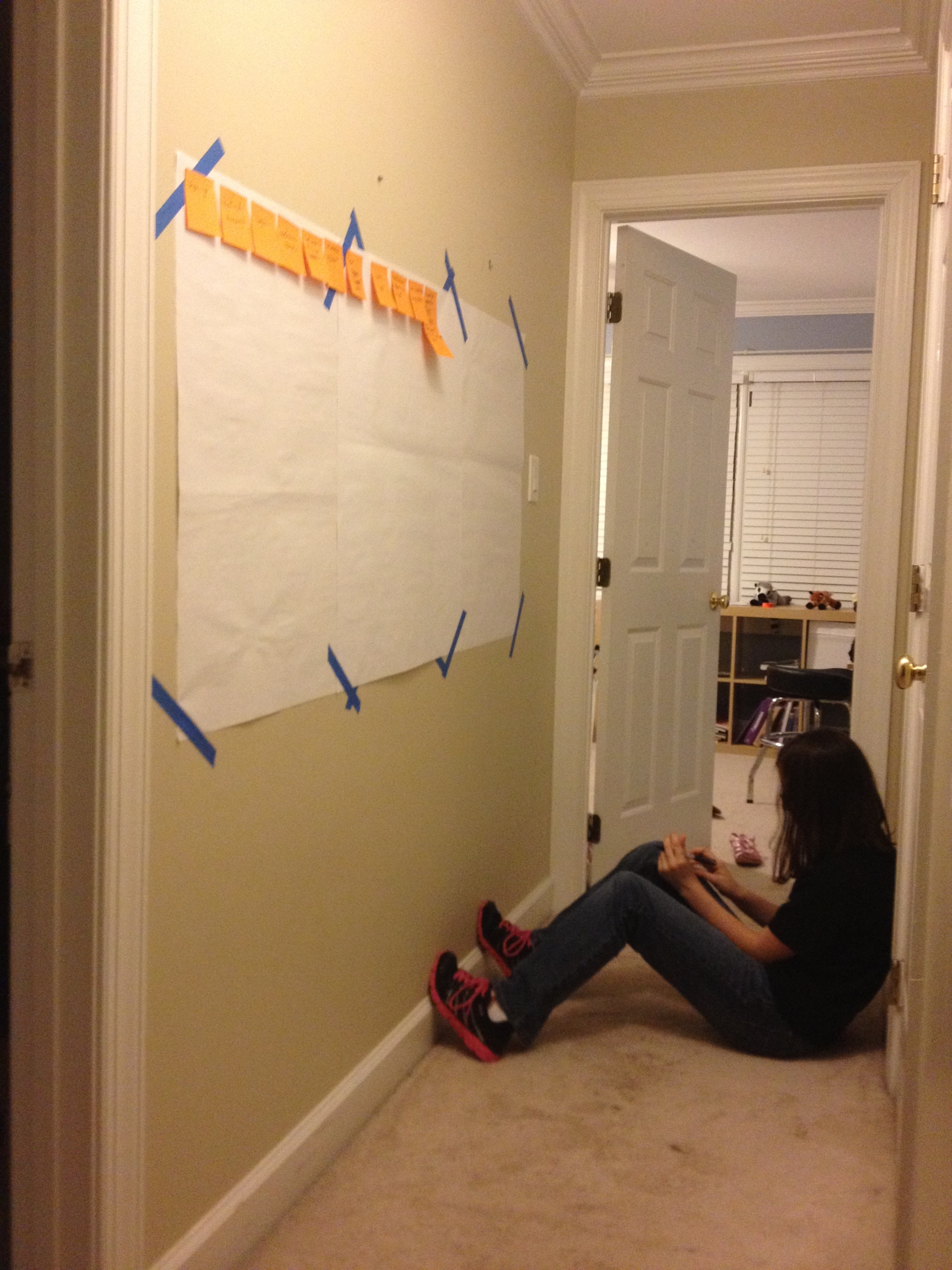 As she was thinking about how the user interaction would go, I explained that we needed to capture this somewhere so we could make it her 7th grade project. When we returned home, I was messing around with upgrading Parallels on my Mac when she walked up with Blue Tape, Post-Its, and a Sharpie. She simply asked, “How do I do this?”

Off to the races we went.

In explaining the story wall, I never used terms that were techie, geeky or anything but the language she was using. The result was she came up with a term called “a Story Map”. I have to believe she has heard me use that before, but I am most definite she has never seen one. I just asked two questions over and over:

Those are two key ingredients for a Story Map.

All too often I spend hours and days un-teaching decades of “software engineering analysis and design” just to get to the basic two questions for starting a software engineering endeavor. I wonder why a 7th Grader can figure this stuff out in 15 minutes and adult professionals with four years of formal education, and typically two to seven years or more of professional experience can’t “get it”?

Are we such creatures of habit that our former experiences render us incapable of thinking about “HOW TO THINK” about a problem? I’m beginning to wonder. I feel another human behavior experiment coming on.